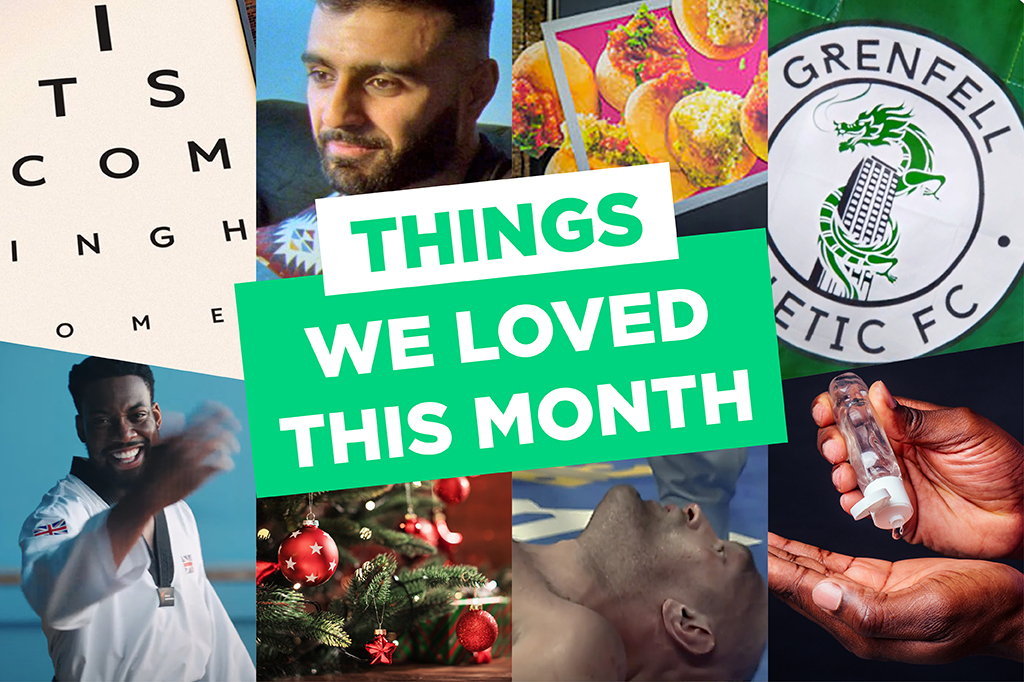 July 2021 has been a rollercoaster for the Brits, starting with Euro elation and heartbreak and culminating in ‘freedom day’. The world of marketing was not much different, with happy and inspiring ads representing the LGBTQIA+ community and moving depictions of Tyson Fury’s battle with mental health.

The Euros might seem like a lifetime away but the advertising campaigns were a significant part of July’s marketing efforts. To show their support, Specsavers put up a billboard in the style of the traditional eyechart with the famous phrase ‘It’s coming home’ in letters of decreasing size. One of our favourite advertising techniques is taking something unique to your business and applying it to current affairs – there’s no better example of this than Specsavers using their eye charts to support England.

Consumer goods giant Unilever released a series of short films titled ‘United We Stand’ this month. Sharing the experiences of the LGBTQIA+ community across the UK, the marketing campaign moves away from their products and towards the social responsibility that top brands like Unilever are starting to claim. Not only is this campaign educational and inclusive, but it also moved us and we certainly won’t be forgetting it in a hurry.

After the Grenfell tragedy 4 years ago, a football club was born. Barely a month after the fire, the local community came together to create a team of young men united in charity. As the Euros continued earlier this month, the club launched their latest kit in collaboration with Nike and Kitlocker.com. The most unique part of this green football jersey is the dragon wrapped around the iconic Nike tick. Grenfell Athletic is one of the most beautiful displays of the human spirit and we’re delighted to see big brands like Nike and Kitlocker.com get involved.

Definitely the most amusing advert on our July list is the National Lottery’s. The advert is the Olympics’ ‘largest-ever’ fully integrated and multi-channel brand campaign. It follows ordinary Brits going out of their way to help the Olympians – such as queuing up with household items for taekwondo athlete Lutalo Muhammad to split in half. We love an amusing advert and one coupled with an array of Olympic athletes is even better.

Yes, you might think July is slightly too early to think about Christmas, but Dunelm do not. This month they announced their intention to scrap glitter and plastic in their Christmas range as a bid to become more sustainable. As the environment increasingly becomes a factor in consumers’ purchasing decisions, Dunelm are making a positive impact by moving away from plastic packaging.

6. "Grab, squeeze and seize the moment" with Carex

This month has seen the resurgence of an age-old marketing tactic – the billboard. But Carex took it one step further with their interactive twist. The soap brand launched a billboard in London’s Southbank that offers not only free hand sanitiser samples but opportunities to win Merlin attractions tickets. This fun take on a basic advertising form is one of the most innovative things we’ve seen this month and we look forward to more free sample billboards in the future!

Another company investing in out of home (OOH) billboards this month is Pizza Express. The special build billboards were commissioned to advertise Pizza Express’ new loaded dough ball. Cleverly, the dough balls look as if they are tumbling out of the billboard and have broken the Pizza Express logo in the process. As with Carex’s free sample billboard, we love seeing a new twist on something frequently attempted!

8. Tyson Fury and the invisible opponent

Our final top pick of July is boxer extraordinaire Tyson Fury’s new advert with suicide prevention charity Campaign Against Living Miserably (CALM). The advert contains live footage from Fury’s December 2018 fight with boxer Deontay Wilder but Wilder is edited out – instead, Fury battles with an invisible opponent. We thought this was a beautiful depiction of dealing with mental health issues and the image of Tyson Fury fighting the air is one we’ll hold for a long time.

Make sure you come back in August to find out our latest favourites from the world of marketing! You won’t want to miss it!

Things We Loved This Month – September

It's an exciting time in the world of marketing. In September, we saw important social issues brought to the forefront, as well as a branding transformations from ASDA.